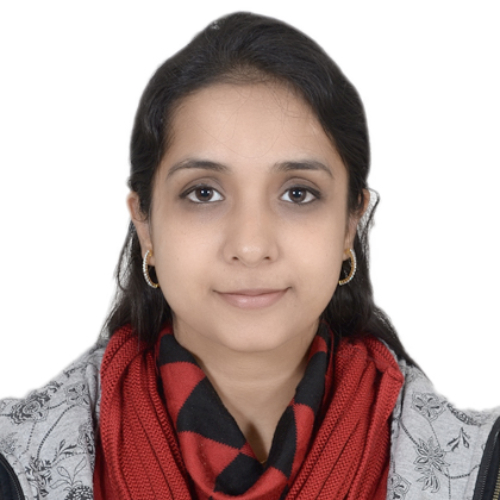 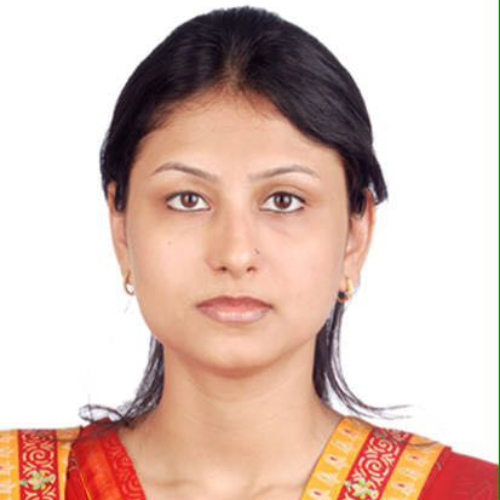 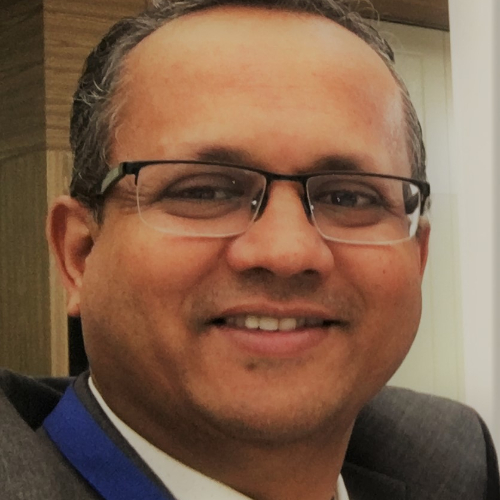 Хирургические операции
07:04
Various approaches to uterine artery ligation at laparoscopy
Isolating the uterine artery can be performed safely and efficiently with a proper knowledge of the anatomy, as pelvic vascular anatomy is relatively constant with a very predictive retroperitoneal course. In this video, authors review the anatomy relevant to the uterine artery and demonstrate various approaches to ligating it laparoscopically. It is essential as it provides hemostasis and reduces the incidence of potential injury to bladder and ureter, particularly in cases where anatomical relationships have been distorted by intra-abdominal adhesions as in cases of previous surgery, severe endometriosis or large fibroids or when access to the cervix is limited due to wide uteri or to a fibrogenic cul-de-sac or when access to the vesicouterine space is obliterated due to previous surgeries. The various approaches to ligating the uterine artery in relation to the broad ligament are lateral, posterior, anterior, and medial. These approaches can be used based on the patient’s pathology and requirements.
Various approaches to uterine artery ligation at laparoscopy
H Grover, R Syed, A Padmawar
11.8K
108
Подробнее

Хирургические операции
10:08
Laparoscopic common bile duct exploration using a disposable fiber-optic bonchoscope (Ambu® aScope™)
Background: Laparoscopic common bile duct (CBD) exploration can be performed following choledochotomy or via the trancystic approach. Laparoscopic CBD exploration is limited in some benign upper gastrointestinal units due to the cost of sterilization of the reusable choledochoscope.
We have recently published a case series confirming the safety and efficacy of the 5mm reusable bronchoscope for CBD exploration. This case series evaluates a single-use bronchochoscope (Ambu® aScope™) for laparoscopic CBD exploration.
Method: A retrospective study was conducted from January 2015 to December 2016. Data was collected from electronic records of the patients. All cases confirmed the presence of CBD stones using USS and MRCP. The disposable bronchoscope is introduced via an epigastric port. Choledochotomy is performed using a choledochotome, and a transcystic approach is used after cystic duct dilatation, if required. The Ambu® aScope™ 2 (Ambu UK Ltd, Cambridgeshire) is a sterile and single-use flexible bronchoscope, which is normally used by anesthesiologists for difficult tracheal intubation. A disposable bronchoscope is available in two sizes (3.8mm and 5mm). It is a one-piece unit with a single dimensional flexible tip manipulated with a handpiece (150-degree flex in the 5mm model and 130-degree flex in the 3.8mm model). There is a single instrument channel with a 2.2mm diameter, which allows for the passage of standard endoscopic baskets for CBD stone retrieval. The image is projected to a high-resolution 6.5” LCD screen with a resolution of 640x480 pixels. The bronchoscope handpiece includes a suction port, which is used as an irrigation source for CBD dilatation. It requires the use of a standard 3-way connector.
Results: Twenty nine patients had CBD exploration using the disposable bronchochoscope. There were 10 male and 19 female patients (median age: 42). Ten procedures were performed as emergencies and 19 were performed electively. All cases were managed laparoscopically except one, which was planned as an open procedure due to previous extensive open surgery.
Twenty eight patients had their CBD cleared using a disposable bronchoscope and two needed subsequent ERCP. Choledochotomy was performed in 15 patients and a transcystic approach was used in 6 patients. No T-tube was used in the laparoscopic cases. Two cases were performed as day case surgery. Median postoperative hospital stay was 2.5 days.
Conclusion: The disposable bronchoscope is a safe and effective instrument for CBD exploration, with results comparable to our previously published case series. It has guaranteed sterility and is cost-effective compared to the reusable bronchoscope, especially when initial capital outlay, sterile processing and maintenance costs are considered.

Y Aawsaj, I Ibrahim, A Mitchell, A Gilliam
1.2K
17
Хирургические операции
12:40
Minimally invasive surgery for esophagectomy and tubularized gastric pull-up
The accidental ingestion of caustic agents is a common problem in pediatric emergency units. These agents can cause a series of damage to the upper gastrointestinal tract and can lead to an esophageal stricture. We present the case of a 4-year-old girl who was referred to our hospital for vomiting and hematemesis after ingesting a caustic solution. Physical examination revealed tongue edema and denuded buccal mucosa. Friable mucosa and esophageal ulceration were observed in the endoscopy. The patient was administered omeprazole and a nasogastric tube was placed for a week. Two esophageal strictures were observed after 3 weeks of the ingestion. The patient underwent esophageal dilatation once or twice a month during 21 months depending on the symptoms. Due to the refractory stricture, we decided to perform an esophagectomy and tubularized gastric pull-up by combining thoracoscopy, laparoscopy, and cervicotomy. In addition, we performed a jejunostomy to provide sufficient nutritional support. The patient started feeding on postoperative day 7 and she is currently asymptomatic.

I Cano Novillo, A García Vázquez, F de la Cruz Vigo, B Aneiros Castro
1.3K
6
Хирургические операции
08:48
Surgical technique of tubal reanastomosis
Many women who undergo tubal ligation surgery later decide to have children again. One option available to these women is tubal ligation reversal, or tubal reanastomosis. In this microsurgery, the two separated parts of a uterine tube are surgically reunited. It is ideally performed in younger women under 39 years of age with good ovarian reserve. Depending on the previously used tubal ligation method, it may be necessary to first perform a diagnostic laparoscopy to check the condition of the uterus, the uterine tubes, and the ovaries and to make sure that the tubal length is sufficient for reversal. Following the proper principles of microsurgery, this procedure can yield very good results and offer a more economical option to women desirous of childbearing if the tubal pathology related to tubal sterilization is the only cause of infertility.

H Grover, A Padmawar
3.4K
24
Хирургические операции
07:04
Various approaches to uterine artery ligation at laparoscopy
Isolating the uterine artery can be performed safely and efficiently with a proper knowledge of the anatomy, as pelvic vascular anatomy is relatively constant with a very predictive retroperitoneal course. In this video, authors review the anatomy relevant to the uterine artery and demonstrate various approaches to ligating it laparoscopically. It is essential as it provides hemostasis and reduces the incidence of potential injury to bladder and ureter, particularly in cases where anatomical relationships have been distorted by intra-abdominal adhesions as in cases of previous surgery, severe endometriosis or large fibroids or when access to the cervix is limited due to wide uteri or to a fibrogenic cul-de-sac or when access to the vesicouterine space is obliterated due to previous surgeries. The various approaches to ligating the uterine artery in relation to the broad ligament are lateral, posterior, anterior, and medial. These approaches can be used based on the patient’s pathology and requirements.

H Grover, R Syed, A Padmawar
11.8K
108
Хирургические операции
09:56
Low rectal resection with transanal total mesorectal excision (TaTME) performed with standard laparoscopic instrumentation
This is the case of a 62-year-old woman with rectal bleeding. She underwent a colonoscopy which showed a low rectal adenocarcinoma, 6cm from the anal margin. A CT-scan revealed the absence of metastasis and pelvic MRI showed a cT3N1 tumor.
The patient was treated with neoadjuvant radiochemotherapy. She received 50 Gray and capecitabine after which a new MRI showed a partial tumor response. The patient underwent surgery 10 weeks after finishing neoadjuvant therapy.
We started the operation with a laparoscopic abdominal approach. Four ports were placed. Two 10mm ports were introduced in the umbilicus and the right iliac fossa. Two 5mm ports were inserted in the left and right lower quadrant. Transanal total mesorectal excision (TaTME) was performed with a 5mm, 30-degree scope, monopolar hook, and bipolar forceps. The rectum was dissected 1cm distally from the neoplasia. The specimen was extracted transanally. Anastomosis was carried out transanally using a 33mm EEA™ circular stapler, after examination of the frozen section margin. A protective ileostomy was performed through the 10mm port site in the right iliac fossa and a drainage was put in place in the pelvis through the 5mm port entry site into the left flank.
The patient resumed food intake on postoperative day 2 and she was discharged on postoperative day 7. A complete mesorectal excision was confirmed on pathological examination. Fifteen negative nodes were removed. Distal and circumferential margins were negative.
The coloanal anastomosis was controlled with colonoscopy one month later. No sign of leakage was detected, and the ileostomy was subsequently closed.
The patient reports an adequate continence to gas and feces with one or two bowel movements per day. After 15 months of follow-up, the patient is still disease-free.
Our video shows that TaTME is a technique which can be performed by surgeons who have experience in laparoscopic and colorectal surgery.
In our operation, we did not use any energy devices, 3D or 4K technology. This procedure can be performed without expensive equipment.

L Taglietti, G Baronio, L Lussardi, R Cazzaniga, S Dester, A Zanoletti
3.1K
9
Хирургические операции
07:10
Laparoscopic complete mesocolic excision (CME) for right colon cancer
The aim of the video is to describe the anatomical landmarks and the surgical technique for complete mesocolic excision during a laparoscopic right colectomy for cancer.
Preoperative high-resolution CT-scan and 3D printed models of the patient’s vascular anatomy is obtained to study the peculiar vessels distribution. Four ports are used, all located in the left flank as described in the video. Dissection between the visceral fascia which covers the posterior layer of the mesocolon and the parietal fascia covering the retroperitoneum (Toldt’s fascia) is carried out by means of monopolar electrocautery and combined advanced bipolar and ultrasonic dissection device. Caudocranial dissection of the mesocolon along the route of the superior mesenteric vein is performed, up to the inferior margin of the pancreas, exposing, ligating and dividing the ileocolic, the right and middle colic vessels at their origins. The gastrocolic trunk is fully dissected and the superior right colic vein clipped and divided. The transverse colon and terminal ileum are divided, the colon is mobilized and ileo-transverse intracorporeal stapled anastomosis is fashioned.
Between April 2017 and December 2018, 46 laparoscopic right hemicolectomies with CME were performed. There were no major vascular lesions. All intraoperative bleedings in the peripancreatic area were controlled with bipolar instruments and hemostatic devices, and there was no need for intraoperative blood cell transfusions.
Laparoscopic CME is feasible, but extensive knowledge of the vascular anatomy of the right colon as well as experience in advanced laparoscopic technique is required.

S Macina, L Baldari, E Cassinotti, M Ballabio, A Spota, M de Francesco, L Boni
5.3K
25
Хирургические операции
09:10
Laparoscopic right colectomy for caecal cancer with prophylactic lighted ureteral stenting (LUS)
Identifying the ureter during colorectal surgery (CRS) is one of the most critical steps of the operation. Iatrogenic ureteral injury occurs very rarely, with an incidence ranging from 0.28 to 7.6%. However, this complication has the potential to be devastating and its prevention is a priority. Laparoscopic approach in CRS reduces the tactile feedback of the surgeon who has to rely only on visual identification to prevent iatrogenic injury. As a result, lighted ureteral stents (LUS) were devised to improve visual identification of ureters throughout the dissection.
This video presents the case of a 70-year-old woman presenting with a caecal adenocarcinoma. She underwent a laparoscopic right colectomy with intracorporeal anastomosis. A LUS (IRIS U-kit®, Stryker) was placed under general anesthesia, just before the beginning of the surgical procedure, requiring about 15 minutes to be accomplished. The stent was removed after the operation, before the end of anesthesia, with no postoperative sequelas.
In order to prevent any potential iatrogenic injury, the selective or routine use of LUS during laparoscopic CRS could well improve the identification of the ureter, with a negligible increase in the operative time.